For over 130 years, Owens Meats has been serving meat to the tables of families in the northwest and across the country. It is thought that Owens Meats is the oldest continuously operated family business in Kittitas County and perhaps one of the oldest in the state of Washington.

Owens Meats opened its doors in 1887, two years before Washington became a state. It all started with Morgan Owens, who moved to Roslyn for the coal and stayed to feed generations of coal miners.

Owens opened his store in what is currently the Espresso Bueno in Roslyn. When the original store burned down, Owens continued operating his business in what is now the Roslyn Café. In 1906, Owens moved the business to the what is now the Past Time tavern, where Richard and David Owens assumed responsibility for the market. Within a few years the brothers and the store were confronted with two harsh realities, the Great Depression and a coal miner strike.

Both events took a terrific toll on mining families and, by extension, Owens Meats. Until then, they were always able to carry credit for the miners. During the strike, when people couldn’t pay, the hardship fell on the store. The meat market endured the tough times and by 1937 had rebounded to open at its current location on First Street in Cle Elum.

Richard Owens’ son, Ray Senior, began working for the family store when he was just ten years old. He still remembers that one of his first jobs was “swatting the flies.” Sanitation has been one of the most dramatic changes in the meat business. In the 1920’s, Owens Meats brought in the first refrigerated meat cases in the county. The innovation replaced marble and tins of ice, which had been used to keep meat fresh.

As the nation prospered following World War II, so did Owens Meats. In 1946, the market built its own state of the art packing plant in Cle Elum. The plant has been used over the years from slaughter, to custom production, and game processing. Today, we are still using this historical building for almost all of our product production and vending machine packaging.

Not only were the times changing, but so were tastes. With the advent of refrigeration, tastes and ways of preparing meat changed, and Owens Meats did its best to keep up. Ironically, smoked meats have again become quite popular, to the point that about 9 out of every 10 customers want smoked meats of some kind.

A changing population in the upper county has also impacted the market over the years.

From the Freezer to Retail

Changing of the Guard

In 1988 Ray Sr. was elected as Kittitas County Commissioner. Realizing he “couldn’t run the business and the county courthouse”, he turned responsibility for the store over to his sons, Don and Doug Owens.

As they carry on the family name and business more than 130 years after it began, the current owners are aware of the tradition they represent. The Owens family is determined to carry on their family traditions, someday passing on the family responsibilities to Don's daughters, Lutisha and Madysen Owens who will be the first female business owners of Owens Meats since it began 5 long generations ago.

Today the coal mines are long gone and refrigeration is taken for granted. Having survived depression and strike, Owens Meats thrives in an era of one stop shopping.

As reminders of who they are and where they’ve come from, they make sure your visit is memorable and enjoyable with not only the best quality products, but also the scent of freshly smoked products that is sure to tantalize your taste buds almost immediately when you step out of your car. On any given day you will surely be greeted with a smile, quality service and maybe even a good joke by one, two or three generations of the Owens family. On occasion, you may even spot some of the 6th Generation little helpers with a sparkle in their eye hanging out with their Papa Don or Auntie Madysen, helping to make your visit especially great. 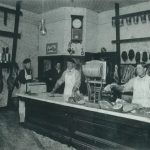 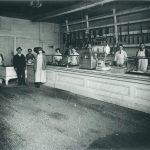 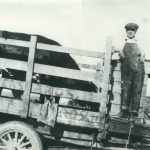 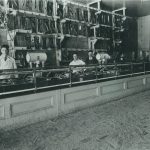 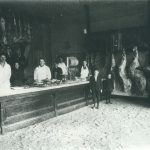 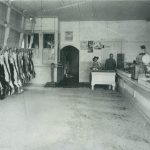 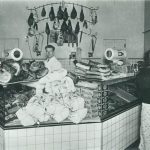 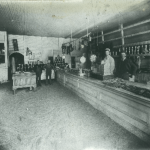 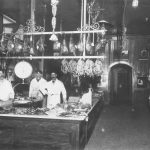 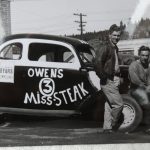